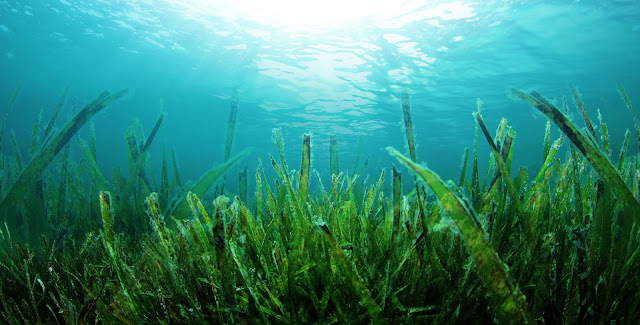 Windsurfers do not like weed, seagrass, seaweed, algue, etc. The reason is simple, if you catch weed on your windsurf fin it feels like your pulling a boat and everything becomes unstable. The only way to get rid of weed is by pulling it off your fin (which means you have to take a swim deliberately, which is also something a windsurfer doesn’t like).In the Netherlands the green stuff in the water takes over more and more places in 2017. There are many theories:
Long term==> I believe the Netherlands will be more like Australia. In Australia there is a lot of weed, also the environment is protected well (or better, the original nature is preserved) in Australia. In the Netherlands, probably whole Europe, the government aims for nature developments and protect certain species. Windsurfing will never be a bigger priority compared to the nature and a sustainable way of living for everybody, I think this is logical a sustainable way of living with billions of people on 1 planet earth should be priority number 1 for any government. If the current trend will proceed, green stuff in the water may come to your windsurf spot too.
I  have tried recently some weedfins, and there is good news too! Windsurfing doesn’t stop if there is green stuff in the water. It is a bit different, but just as much fun. Don’t worry! If you do think to invest in a weedfin, have look here for all the current possibilities